iPhone Abstraction: A Guide to the Rabbit Hole

Many of you know that I have disappeared down a giant rabbit hole these past couple of weeks exploring abstraction with the iPhone. I have a feeling that I won't be emerging into the light of day anytime soon, however I promised to show my steps in creating these, so here goes.

I was shopping and noticed the pepper display in the produce section. I thought the colors might make a good base for an abstraction, so I snapped it. 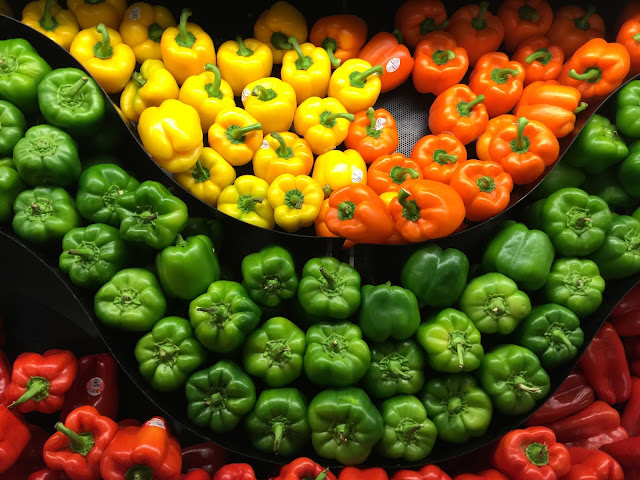 Next I took it into Glaze app and chose a glaze that kept the color but made the photo much less recognizable. 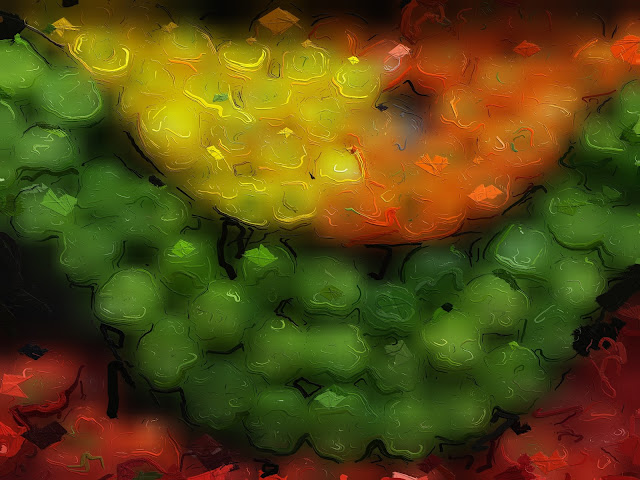 Now that it was pure color, I decided to crop out just a section of the photo to use as my base. I used Snapseed to crop freestyle. I took it into Matter app and chose one of the styles, expanded it with my fingertips on the base until it looked like I wanted it too. I never know exactly what is going to look good to me in Matter until I do it, so there are many trial and error bits that I do not save. I liked this next one so I saved it. 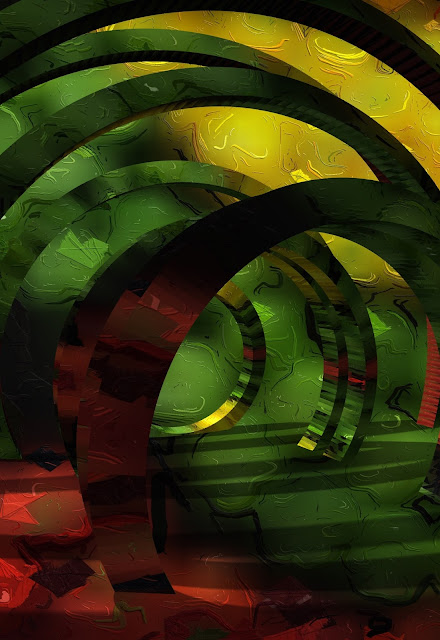 Now it was getting interesting. It felt "spacelike" to me, like a wormhole. (I have no idea what a wormhole might look like, by the way.) Next, I brightened it in Snapseed. 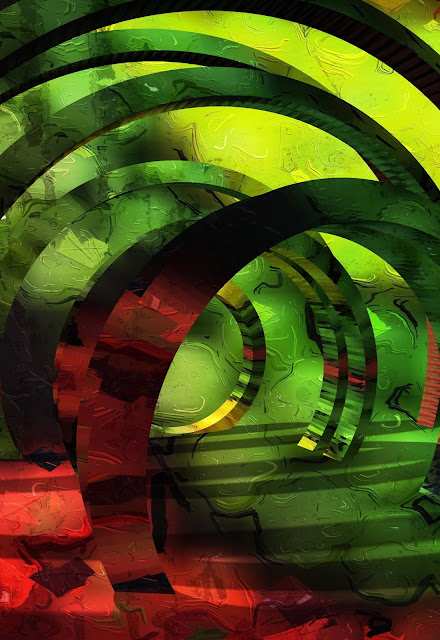 I felt that I needed a "space" object, so next went into Alien Sky app. I tried some stars, even some galaxies, but I didn't like them. I inserted a Saturn like planet, which I liked very much. 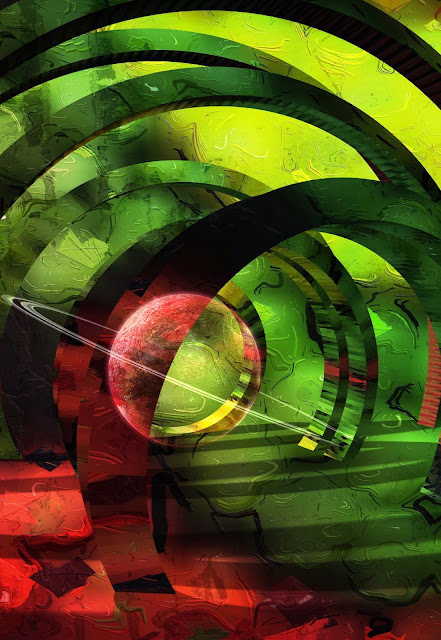 Now, the photo is coming together for me. I then took it into an app called Shift to add some texture. The effect is subtle, but I really liked it. 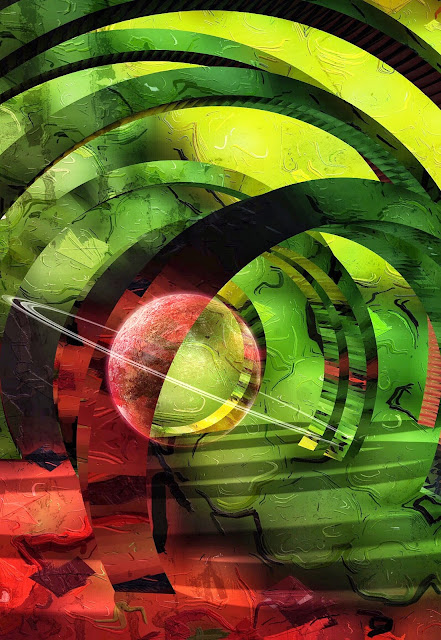 Next I added another texture and vignette filter from Shift. It was not what I was looking for but interesting enough that I saved it. 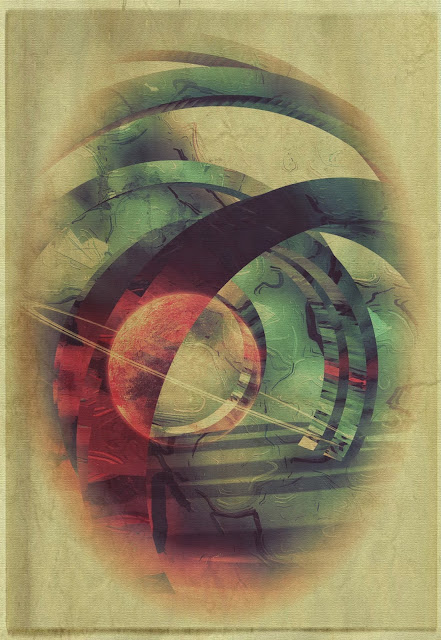 Finally, I revisited an old favorite app called Laminar (formerly IRIS) and used the Space texture to add a smattering of stardust. I am happy with the final result. I look forward to seeing what you all do with your own abstractions. 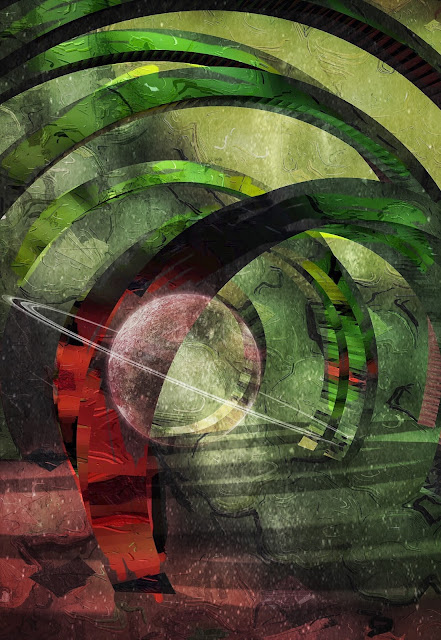 Posted by Lynette Sheppard at 12:48 PM