Land of the Midnight Surf

One of my favorite newcomer apps is Color Thief. Basically, you choose a photo and choose another of  your photos (or theirs or a website) and the app "steals" the color palette of that second photo and applies it to the first. Sometimes, it's weird, sometimes wonderful, and sometimes you just get to "see" differently.

I was in Honolulu recently and shot this photo on the beach. I loved that the patterned surfboard tells you exactly where you are. It was a gray, cloudy day just before a storm. I just used Snapseed app for some basic optimizing. 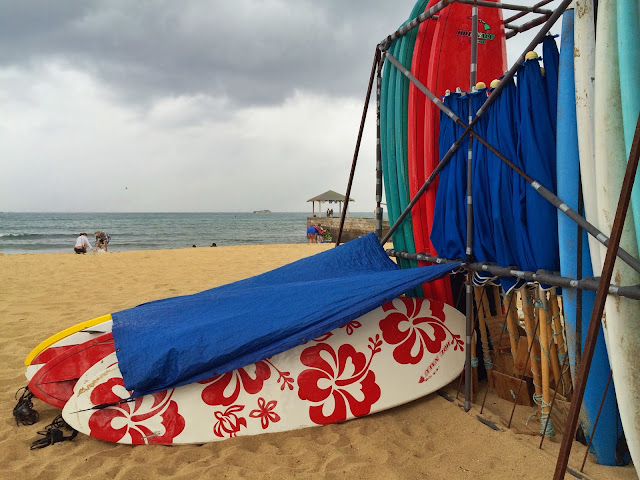 And it is fine, as is. Then I started to flip through the Color Thief using other pix I'd taken the same day.This one was a little brighter from a sunnier photo. I like it as well. 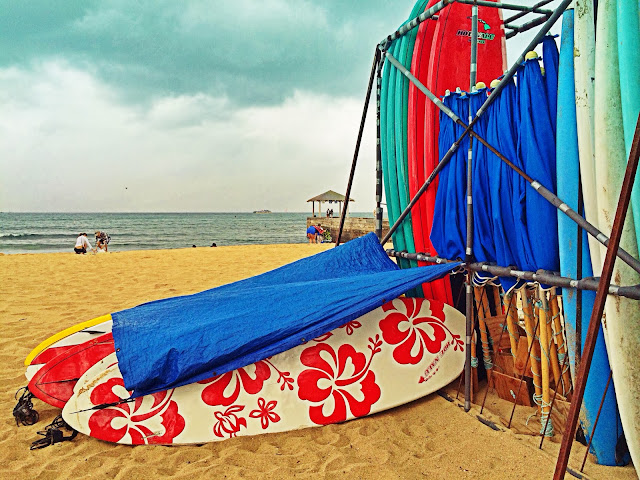 A more monochromatic shot yielded this faded, vintage look. Notice we lost some detail in the clouds, so if I really loved this I would probably go into Blender and paint in clouds from the original after desaturating it so as to match the tone. I wasn't enamored enough of this effect to do that, however. 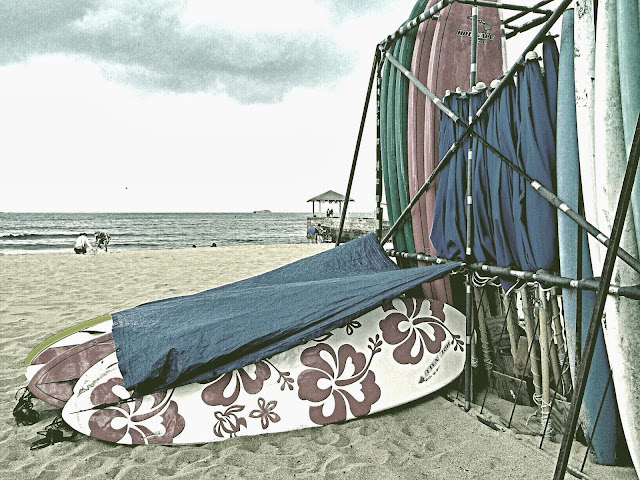 I actually like this one a great deal. I don't mind the cloud detail being gone - the image is already pretty surreal and it just adds to the strange and moody feeling. 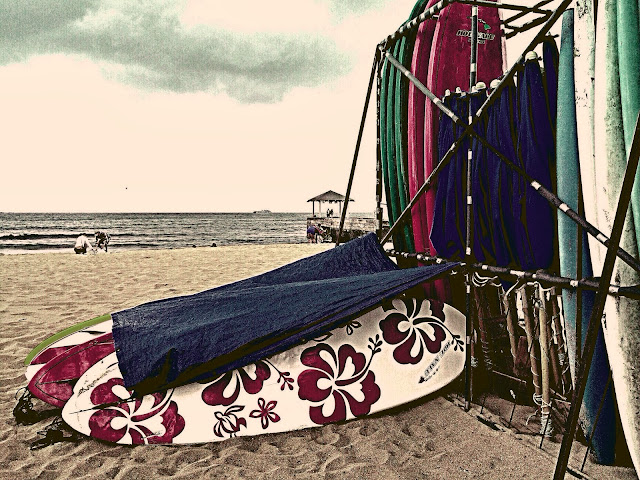 Then I let Color Thief use the heavy blue purple tones from an aquarium shot to almost make a day-to-night effect. I liked it but it needed something to really make it feel like night. Laminar app (formerly called Iris) has a vintage effect called Space - I added it and used a mask so it just showed in the sky and sea area. Voila. Land of The Midnight Surf which is my favorite of the series. 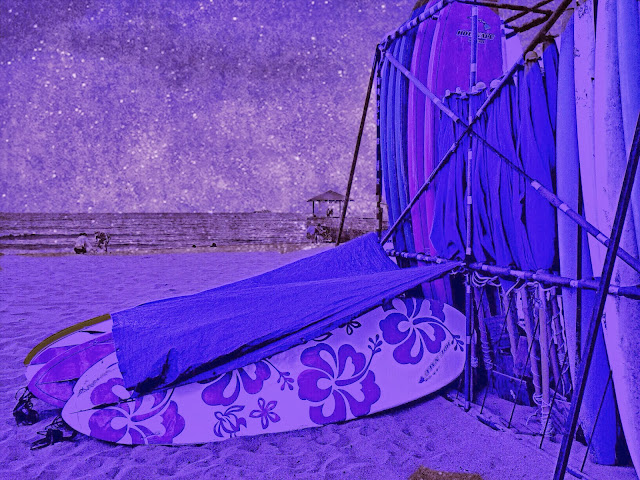 Warning: it is possible (read likely) to use up a lot of time playing with this app. It is just so darn much fun to discover all the ways color can completely change an image. I have to budget the amount of time I play with this or whole days can be lost. It's that addicting.
Posted by Lynette Sheppard at 1:17 PM 1 comment: